I have decided to begin opening up my Patreon story rewards to the public in hopes of stirring up interest and gaining readership of my work.  If you like what you read, please consider supporting the creation of more work.  It only costs $1 a month or $12 a year and would serve as a morale boost and a reason to continue.  The first opened post contains the story “Sanity” along with the cover I created for the collection I hope to publish.  Find the files here First Patreon Reward.

How do you know that you have a good book in your hands?  Well, for me it is when I look up to see that I am 200 pages in when I could have sworn I only started reading a minute ago and it is now dark outside.  You also have this angry feeling because you have to put the book down to go to bed and go to work tomorrow.  That is where I was this weekend when I started reading “Nemesis Games” by James S. A. Correy.

You can read my entry for this contest here A Change of Heart.  Looks like there are a lot of entries, which means lots of fun worlds to visit so please take some time to read them all. 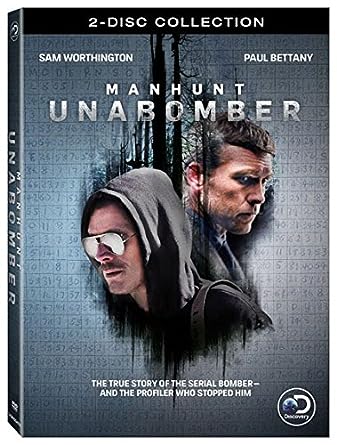 Watched this yesterday and was quite saddened for all involved if this depiction is anywhere close to the facts, being not too dramatized.  I can certainly sympathize with Kaczynski and Fitzgerald as well as those harmed by the Unabomber.  What it brought to my mine and the reason for this post is that “Time does Not heal all Wounds“.

I know it is a platitude many use to help those who are grieving and/or ease the helplessness of the person saying such, but the simple hard fact is that it does not.  If the wound is festering and untreated, as in Kaczynski’s case, almost Fitzgerald’s, then it can get worse, killing the patient and possible infecting those around them.  So take time to think about all the ways people are wounded throughout a lifetime before you decide to judge them.  Also remember that not everyone has the same ability to heal; if they did, then there would not need to be so many different medicines to heal the same illnesses.

Holy bat#*!@ a serviceable story in around 100 words.  That is what I was thinking when I tried writing 500 word stories for contests at Podcastle and Escapepod a few years back.  I had finally gotten used to writing decent stories at 1,000 words for the monthly flash fiction contests at SFFworld.com even though I hadn’t won anything.  Now they were asking me to come up with interesting material in half that length.

Needless to say, I did not do well.  I tried too hard to give them stories with the scope and back story I was giving at 1,000 words.  I tried to fit references to the larger world, develop characters, and explain ideas, which forced the word count upward so had be chopped in later edits.  By not grasping the type of writing necessary for the word length, I left the stories unfocused and unsatisfying.  The grand ideas I was trying to portray couldn’t be made to fit into the word length of the contest.

Does that mean that you can’t express grand ideas in such a small word count?  No.  It just means you need to allow the reader much more freedom to bring in their own backstory.  Or, more precisely, to chose your writing to better direct some common themes of human life to help direct the backstory the reader brings into the experience.  I did not grasp that before.

I have completed my 100 word story, which is one fifth that of the above contest and I am much more satisfied with the results because I did not try to do all the heavy lifting with the story.  In a novel you can have more than 80,000 worlds to tell a story.  With that kind of space you can give more references to guide the reader toward the world and characters you envisioned.  You can narrow the outside material readers bring to the table by explaining motivations and describing the visuals, something us flowery types take a ribbing for, but it helps direct the flow of the reader’s thoughts.  Of course, given the size of the world and human population, there will still be a lot of misinterpretation due to readers with vastly different life experiences.

You would think that decreasing the word count would vastly increase the chance of missing any significant audience.  However, I think I see it the other way around now.  The object is not to direct the reader to see your idea, but to take advantage of the most basic human experiences to become the backbone of your story in place of what you cannot write.  For example, I would find it hard to get across the specifics of religious views behind a struggle I wanted to portray in 100 words.  However, if I take advantage of the thousands of years of human history pertaining to religion and the resultant strife, I can focus on the immediate story by just mentioning the action revolved around a religious dispute.

That is what I wanted to pass on today.  Look for my story to be posted at SFFworld soon.

Here is the latest flash fiction contest I will be entering (link and description below).  I have my idea ready, what about you?

Theme: Conditioning
Word count: 100 words or less
Deadline: February 23, 2018
You can interpret this theme any way you like, but I leave you some food for thought:

The moon is one, but on agitated water it produces many reflections. Similarly, ultimate reality is one, yet it appears to be many in a mind agitated by thoughts. ~Maharamayana

The disappearance of a sense of responsibility is the most far-reaching consequence of submission to authority. ~Stanley Milgram (1933-1984)

The mind of man is often like a house of which he is the landlord; bad tenants are more easily admitted than removed. ~James Lendall Basford (1845–1915), Sparks from the Philosopher’s Stone, 1882

1) Think of a story idea that includes speculative fiction elements (fantasy, science fiction, horror elements) and fits the theme stated above
2) Write story
3) Edit story
4) Post story in the Stories sub-forum in a way that will make it easy to find. Ex. Feb. 2018 Micro Fiction Entry: Title of Your Entry
5) Come back here and let us know that you posted your story and provide a link to that story (makes it easier for me to find your story when it comes time to vote).
6) Read the other entries and offer comments that help the writer both know what they did right and what they did wrong (in your humble opinion)
7) Vote when the voting poll goes up

The winner has the honor of picking next month’s contest theme.

As I promised, here his an updated version of the story a few posts ago now titled “Argent Solitude”

The great Moon God stood at the apex of the tallest mountain in his cold demesne and stared into the heavens that were alive with stars, glory undimmed.  He was jealous.  Jealous of their millennia long conversations, their fiery hearts.  It wasn’t that he hated his cold lifeless kingdom, it was achingly beautiful with its argent glow, but it was lonely.  The Earth had all that life to keep Gaia on her toes.  All he had was the Suns stellar winds etching lines slowly over his lands.

With a sigh, the Lord of the Moon turned to climb down the shining, powdery slope when something whizzed past him slamming into the ground.  The talc like powder of his home sprayed high into the air.  Slowly the dust settled down to the surface around the new scar upon the Gods pristine land.  Stomping over to the cooling rim of the rather small crater, the Moon God expected to see nothing but the burnt remains of some piece of solar system flotsam.  What he found perplexed him at first.

Indeed there were traces of metal, but they actually had shapes.  Also, they were in better shape then he believed possible.  The God picked up the rapidly cooling object to study the hard lines and squared off shape, which was covered in strange markings.  “Now where did this come from, ” he thought.

Just then, the earth began to rise over the horizon and, though he couldn’t say how, he was sure the object had come from Gaia.  It was her way of saying she was thinking of him and that he wasn’t alone.  After a time, a brilliant smile spread across his face then he began the long trek back to his castle.

The Great Moon God, frost-pale skinned and white-gold haired, stood silently upon the apex of the highest mountain in his demesne, staring at the heavens alive with stars their glory undimmed.  He was jealous.  Not for lack of beauty was this powerful God jealous.  His kingdom held desolation so glorious that his heart ached to describe it, light so cold his tongue froze to speak of it, and land so soft his whisper alone created tempest.  No, the Moon God was not jealous of the beauty of the stars and their fiery Gods.  He was jealous of their company.

The God of the Sun and all his brethren felt the surrounding planets were beneath their notice.  Star Gods held era long conversations over distances so vast that the Moon God’s birth billions of years ago was but a good morning to them.  How was such as he to engage the interest of these Gods?  As for the other planets, only Earth and Gaia were close enough to see easily and Gaia had little time for him with all that life scampering across her kingdom.

With a low sigh, the Great Moon God turned his ice-blue eyes toward his castle far across the crushed velvet plain and began climbing down the mountain.  Unexpectedly something whizzed past his head to slam into the powder at the base of the mountain.  A haze of fine talc sprayed into the void.  When the Moon God reached the site, the dust particles had begun their return to the surface to form a bright ejecta pattern around the remains of the object.

He was mildly surprised to see more than pulverized flotsam from the solar system in the small crater.  Apparently the object had tried to land instead of crash into his domain.  The Moon God picked up a piece of shiny metal that was almost whole and found markings he could almost consider to be writing.  “Now just where did you come from,” he ruminated?

He turned his cold gaze back to the mountain, which the Earth was just beginning to rise over.  Not knowing how, he was sure it had come from Gaia.  She had somehow managed to train those incorrigible monkeys to make this object and send it here.  She was thinking of him, a reminder that he wasn’t alone.  The Moon God swung back toward the long trek home while a cold smile melted the glacier of his continence.