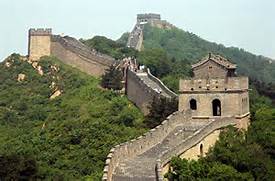 You may think this is just another liberal rant from a trump hating liberal, but it actually isn’t.  I am not a liberal, although I do hate what trump represents in our society, I am a realist and for me the one reality America has failed to understand is that everything is connected.  The idea that you can live life as you wish and not effect others has always been an illusion carried over from earlier times when the population was smaller and the world seemed vast.  We now know that the world is finite; however, we still function like it is infinite.

The purpose of this post is to explain this through the example of building the Mexican border wall proposed by President elect trump for the people who fear and hate Mexicans, as well as, the greedy who see a chance to profit.  My focus will be on who will pay for it.  President elect trump has vowed many times that he would make Mexico pay for it.  Fine.  Besides the fact that I don’t think they can afford or would want to, here is one thing the Americans who voted for trump don’t realize.  How do countries pay for major projects?  That’s right, taxes.  So, Mexico will have to tax their citizens for the money to build our wall, right.  Where do a lot of Mexicans get their salaries to pay taxes?  That’s right, American companies or companies tied into companies selling product in America.  You know, trucking companies paid by American companies to bring cheap stuff from Mexican ports to your local Walmart.  Companies that make cheap parts to sell to China to make cheap stuff sold in America.  So if trump manages to get them to pay, don’t be surprised if cheap crap starts costing more.  Also, it may be hard to believe, but some of the money used to build the wall would come from drug cartels.  Where does a lot of their money come from?  Yes, a lot of stupid Americans and their kids.  So, who really is paying for the Mexican border wall in trump’s plan?  Yep, you.

Now, let us look at the situation where trump can’t get Mexico to pay.  Well, he has already pledged to cut corporation taxes on top of the overly generous breaks the wealthy are getting now.  In fact, I believe he has painted himself into such a corner that he won’t raise taxes at all.  Without more taxes coming in where will he get the funds to pay for the wall.  The only thing left is to divert money from federal programs to pay for it.  On the block are probably welfare, food stamps, social security, housing assistance, etc., you get the picture.   Basically, any program that republicans have felt took money away form the wealthy to give to the poor.  Three cheers right.  Many of you felt the same way.  Do any of you have family on social security or pay taxes to social security?  Guess you don’t want to get anything out of it.  Oh, and yeah, losing these programs will have no effect on the wealthy since they did not use them before.  You like being fairly certain the beef you buy at Walmart is safe to eat?  Look at the trouble we have with a strongly funded FDA.  Less funding means less inspectors, which will be fine with a lot of business people in the industry.  Recalls cost money.  Like cheap prices at your grocery store?  What happens when millions of people can no longer pay for food with food stamps and store sales drop drastically?  Initially, the stores will drop prices to gain customers, but if customers have no money that won’t work.  Stores will either go out of business from selling too many items below cost to garner business or they will have to raise prices to make a profit at the lower sales volume.  If you do not understand how big a deal social security, welfare, and food stamps are, you have never shopped in a Walmart on the first of a month.  Did you think people all picked the first of every month to go shopping?  Also, companies producing items for stores will need to let people go to keep their costs down if they are not selling enough.  Wonder if trump will steal from unemployment for your wall?  So, if we are required to pay for the Mexican border wall, do you think people like trump are going to step up to the plate,  that trump will force them to chip in, or you will pay trough lost federal services?  Bingo, again the answer is you.

Well, good luck with that.

Hell yes, if he thought the law was bad or being used to oppress/misguide us.  He broke the laws of the old testament regularly by healing on the Sabbath.  When he overturned the tables of the money lenders at the temple, he would have been arrested in our country for disorderly conduct as he would have been then.  So yes, Jesus would break the law, especially the American immigration law, considering he gave up his life for all of us not just ignorant Americans.

Christ lived and died to show us that the laws are not enough.  Before he came, God had given the Jewish people all kinds of laws to keep them from straying into evil, yet, time and again they fell from the path and worshiped the golden calf.  With humans laws will never be enough.  For one thing we are the ones who create most of them, as well as, administer them.  “Thou shall not murder” is one of the ten commandments of God and in two thousand years has murder stopped happening given the thousands of laws the world and the United States have published.  Even making murder punishable by death, not a new thing supporters of capital punishment, has stopped murder from happening.  There will always be someone who thinks they are above the law, can get away with it, or fails in the heat of emotion.  This is what humans do.

We all know how bad war is and that innocent lives get wasted; however, time and again man wars upon man.  Two thousand years after Christ’s death and resurrection, we still go to war.  What part of murder, death, destruction, torture do we feel serves the commandments of God, his laws.  Maybe it is because so many that beat the drums of war never have to live with the consequences of it.  Maybe they stayed home and got rich while others sacrificed their lives.  Laws are not enough.

Finally, while I may agree that the LBG community has pushed common sense a little too far, so have the ideologues.  As much as the  ideologues fear and loath the LBG, they have to remember two things.  One, “judge not lest you be judged”.  In other words, let go and let God make the judgement.  It is not your place to make God’s decision about a person’s sin,
if you believe in God.  Second, the LBG community has been around for as long as man has been alive.  In one form or another, through millennia of persecution, they have been around and even the mighty Catholic church has not been immune to their influence.  If anything, the more they are forced to hide, the more bad and twisted incidents occur.  Maybe it is time to stop fighting them and just learn to live with them, leaving the judgement to God or eternity.

Christ came to us to show that laws were not enough.  He showed how they could become corrupted or used to hurt instead of protect.  Compassion, understanding, and love were his message.  Laws are important foundations for making a society but without compassion the foundation will break and throw the whole thing into darkness.  Think of that the next time you want to build a wall to keep starving, desperate people from seeking the very things you take for granted.  Question:  Do Mexicans not love their children as much as Americans such that they would consider breaking a law to improve their chances of survival?  Bones.

I have decided on two ways for me to cope with what America has become.  One, I am going to disengage myself as much as possible from this monstrosity of an economic system that truely feeds only the elite.  I am going to live as simple as possible and focus on getting debt free (one of the real causes of our misery).  Just remember, every dollar you spend on stuff you don’t really need, feeds their machine.  Just think of the effect on Trump’s presidency of a big drop in spending.  Yes, that could hurt people’s jobs but are they any more safe now.
Second, I plan to practice civil obedience.  If they are so big about the law, I figure they will be totally happy that I obey every speed limit, come to complete stops at stop signs, and always slow to a stop at yellow lights.  Lets make their lives as miserable as they made ours for the next 4 years.  Come 99%, rise up and follow the law.

Given the hard day some of us have had, I thought I would share the drawing I am currently working on.

All I can say is that I have lost all respect of America as a country and both sides should be ashamed.