I just wanted to say thank you to all those that are following my blog and have commented this year.  I am not one of the best people at socializing because I spend a lot of time thinking about the world and its history.  In recent years I have become fascinated by WWI and the handling of the aftermath that lead directly to WWII.  I see a lot of failures to learn on all sides, as well as, mistake my own country is failing to learn from.  I find it hard to express these thoughts in conversation because most of the people I know don’t spend much time thinking about such things.  In addition, as you can see from many of my posts, there are a lot of fine points to try to make in what usually turns into a heated debate.  This is why I share my thoughts here with you.  I can think through them better and deal with questions easier in this, believe it or not, slower medium, typing evens the playing field.

Where we will go together in the next year, I do not know, but hopefully it will be interesting.  As for my New Years resolution, I have decided to put all my short stories together into a collection to sell as an E book by the end of the year.  I look forward to sharing this journey with you. 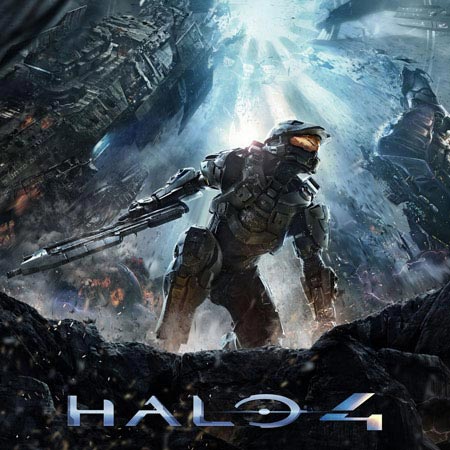 Like many fans of the Halo series, I was disappointed by my first listen of the tracks of the Halo 4 music.  This was not the Halo I loved and was familiar with.  However, as I played the game, I found that the music drove the action just as the soundtracks to the earlier games had and I began to like what I was hearing.  Eventually I was hooked and bought the CD.  It is now one of my favorites.  Unfortunately, the fan base was not as accepting as I was, causing 343 to try making a soundtrack closer to the original three.  I have not played Halo 5 yet, nor heard much of the music, but the little I listened to on Amazon did not inspire me.  I hope I am wrong.  For me, I am sorry that they did not stick to their guns and support the new composer because I would have liked to see the music evolve as the soundtracks from Bungie did.

The current crop of Republican candidates and Republican party as a whole are the direct result of basing our country’s moral values on profit margins instead of what is right.  To create good profit margins you have to make questionable choices, ignore the rules, and bend the truth.  You make short-term decisions to maximize profit, while ignoring long-term consequences, which you later rationalize for damage control.  The dealings of our companies at home and over seas have reflected badly on our country because profit always took precedence over morality and the Republican party supports these actions.  They then ask our soldiers to clean up the mess, making a tidy profit on the deal.  Hell, Donald Trump condemns those who abuse the programs provided by our government, while abusing them himself (see bankruptcy laws).  Unfortunately, we are all to blame for buying into the system.  All that junk you have to store in self storage units because you need to buy more stuff supports this ungodly system.  We have created this monster even when we don’t vote Republican since we support the companies that back them with our purchases.  We have the government we deserve; we just don’t like it.  What happens in the future will be a result of are greed now.

After the events in Charleston, South Carolina I was forced once again to think about race relations and history in America.  One of the issues that caught my attention was the debate about flying the Confederate Flag in the South Carolina State Capitol.

One of the reasons given for South Carolina still flying the Confederate Flag was the need to show southern pride or pride in the heritage of southern people.  Southerners take pride in the indomitable spirit of the soldiers and citizens who fought and supported the Confederate cause some 150 years ago.  Even though they lost the war, they were not broken.  They take pride in their unwavering commitment to the values declared by their ancestors, values such as freedom, self-determination, and moral righteousness.  The flag also represents their ancestors’ willingness to stick to their principles and to stand up against a government, the rebel inside all of us.

One thought that has been running around my head for a while on this subject is the morality of the plantation owners who practiced slavery and the people who to this day see nothing wrong with the practice.  Putting aside all the human rights issues involved here, let us look at something more basic that our southern brethren can understand.  First, to my understanding the south is a very religious region of our country, even being called the Bible belt.  Unfortunately, I find this totally at odds with the historical facts of slavery and the continual deification of the colored population.

Again, stepping away from all the human rights issues, let us look at one specific fact of slave ownership before the civil war.  In point, this has strong ramifications for current race relationships.  Today, many southerners, and even others in our country, cringe at seeing a black man with a white woman.  With violence and hatred, they condemn these couples and denigrate their mixed children.  However, before the civil war, it was not black men mating with white women that created half breed children, but white slave owners sleeping with their black slaves.  While today’s southern white people would prefer to lynch a black man for sleeping with a white woman, they had no problem defending their white ancestors who slept with slaves.

However, let us not look at the issue for its obvious hypocritical nature, but from a religious standpoint.  If we take the common view of the time that blacks were an inferior race and thus to be treated as property, like livestock, then the slave owners sleeping with black women were committing sodomy in the form of bestiality.  I don’t believe the Christian Church looks favorably on such activities, which is why I struggle to understand the pride modern southerners have in their ancestors.  However, if you take the view that these slaves were human, you have another issue to deal with.  Many of the plantation owners were considered fine upstanding members of society with wives and family.  In that case, when they slept with their slaves, given that they were human, they were committing adultery, again, frowned upon by the church.  Either way you look upon the acts of their southern ancestors, pride should not be foremost.

Now another thought I had deals with the way many Southerners acted after the Civil War and many still act now.  Before I start; however, I would like to give you some definitions I picked up on terrorism, which is a subject of strong national import these days.  From Wikipedia, the definition of terrorism is:

1795, in specific sense of “government intimidation during the Reign of Terror in France” (March 1793-July 1794), from French terrorisme, from Latin terror (see terror ).

If the basis of a popular government in peacetime is virtue, its basis in a time of revolution is virtue and terror — virtue, without which terror would be barbaric; and terror, without which virtue would be impotent. [Robespierre, speech in French National Convention, 1794]

General sense of “systematic use of terror as a policy” is first recorded in English 1798. At one time, a word for a certain kind of mass-destruction terrorism was dynamitism (1883); and during World War I frightfulness (translating German Schrecklichkeit) was used in Britain for “deliberate policy of terrorizing enemy non-combatants.”

Terrorism today has come to mean the wanton use of random violence or the threat of violence to create fear in the civilian populations of a stronger power to influence political policies.  Also, it is being used by countries or religious sects to war on stronger powers that they could not hope to battle openly in a military conflict.  Both definitions would perfectly define the actions of the KKK from the end of the civil war to this day.  Is this something southerners should take pride in?  Should they be proud of their forefathers who did to black people and any white people who supported their cause what we condemn Radical Islamists for doing to us and the French People?  How can we hope to battle the forces of terrorism if we cannot even see the evil within ourselves?

To conclude, I see no reason for our southern citizens to take pride in a long history of slavery and terrorism.  A history filled with the blind hate and belief in an ideal of racial purity, which we fought against in WWII and with zealotry of principles that we disparage in the Islamic extremists lashing out at our western culture.  We will continue to suffer from these terrorists until we learn to move on from our own dark past to unite as one nation like never before.